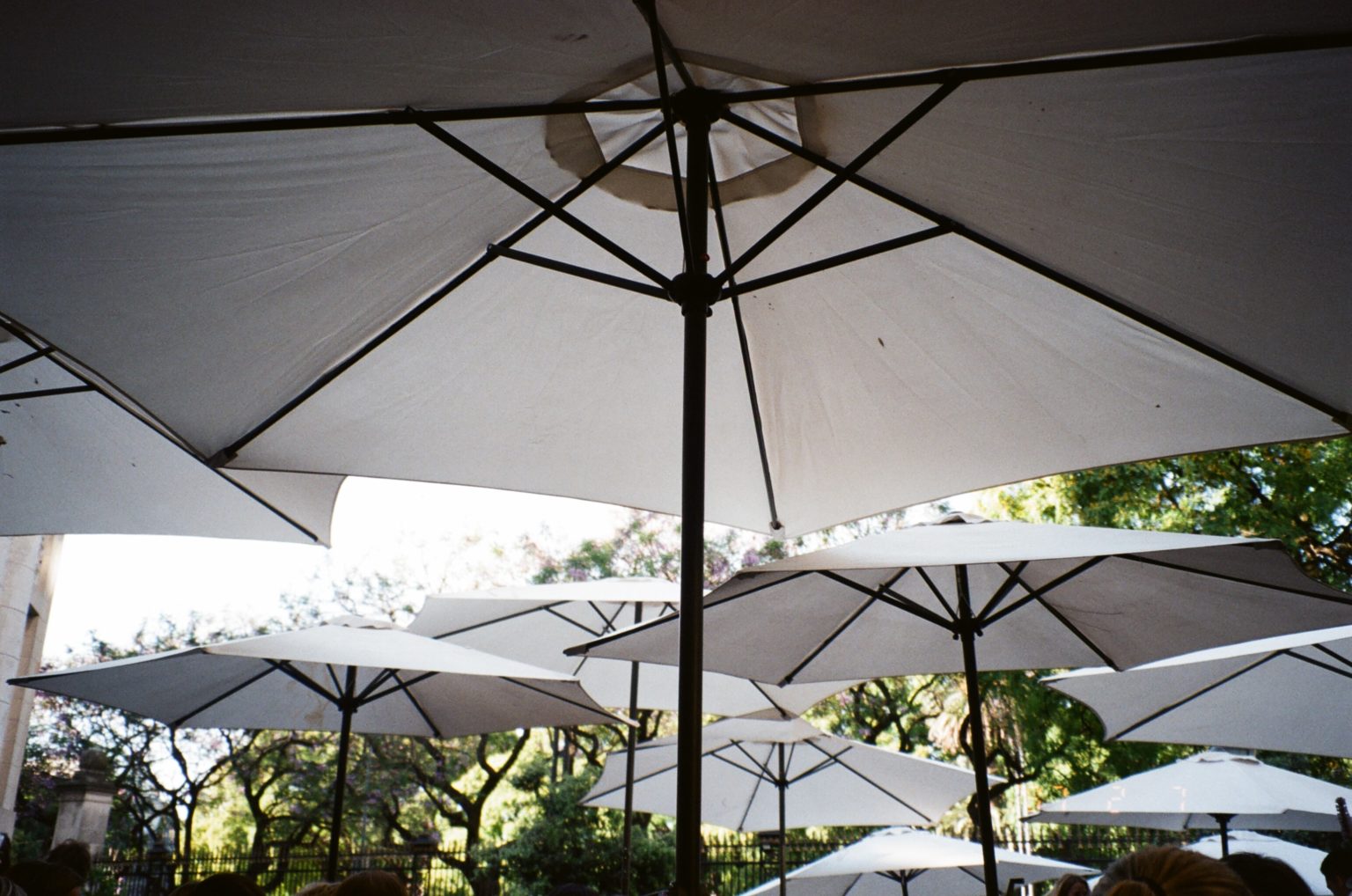 Your insurance policy is a contract between you and your insurance carrier. As such, it’s important for you to know the terms to which you agreed to so you can make sure that you and your carrier fulfill your ends of the bargain, which qualifies you for coverage. That’s where your policy’s Conditions section comes in.

In the Conditions section of your insurance policy the carrier tells you how you can initiate, modify, or terminate your coverage. The section includes information on cancellation, refunds, and coverage transfers. Most importantly, it explains your and the insurer’s responsibilities surrounding claims.

In this article, we explore typical terms that apply to claims coverage so that you can be better equipped to use your insurance when you need it.

Your carrier’s responsibilities to qualify you for coverage

One of the first things you’ll find in the Conditions section of your policy is your carrier’s responsibilities. In it, the insurer declares what claims-related expenses they will pay before explaining what you need to do on your end to qualify for coverage.

Here’s an example of what that promise looks like in one of our carrier’s policies:

Notice that there are a lot of words in quotation marks. Frequently, when an insurance policy has words or phrases in quotation marks, bold print, or all capitals, those words or phrases are defined terms. Since definitions vary widely across policies and impact coverage conditions greatly, it’s important to look them up in the Definitions section of your policy and know how they apply.

In the example above, the carrier agrees to pay “damages,” meaning judgments, awards, settlements, and any other amount required to pay for a claim with some exceptions. They also agree to pay “defense expenses,” which covers costs from attorneys’ fees to expert witnesses, appeal bonds to post-judgment interest. However, what the carrier will pay starts after the deductible, which is your responsibility, and ends with the policy limits, which you chose upon application.

It’s comforting to observe that, in this policy’s case, the basis of the claim is negligible. Regardless of whether you’re at fault, your policy should respond to covered claims. The insurer makes this commitment later in the policy when further explaining “defense expenses.”

For the carrier to cover the claim, you must report it during the “policy period,” which is the time between your policy’s effective and expiration dates. Since the policy is claims-made, the inspection relating to the claim must have occurred on or after your retroactive date, which is the date you began carrying continuous insurance coverage. (Find the date on the Declarations page of your current policy.) The carrier will also honor tail coverage, meaning you can report claims after your policy’s expiration and during your “extended reporting period,” if purchased.

Definitions are also vital to understand because they create a web of descriptions that rely on each other. The “inspection services” definition is a great example of this.

This is where the carrier introduces your first responsibility as an insured: to get your pre-inspection agreement signed before every inspection.

Your responsibilities to qualify for coverage

Get your pre-inspection agreement signed prior to every inspection.

Not having a signed pre-inspection agreement can make it extremely difficult for the insurance company to defend your claim. No contract means no parameters, and the client can demand almost anything. The cost of such a suit has the potential to make an inspector uninsurable, which can put them out of business.

Since it’s so difficult to limit liability without a contract, most carriers won’t cover claims arising from inspections lacking a signed pre-inspection agreement. Clients signing your contract before you release the inspection report doesn’t cut it. It’s important that all your clients sign your contract before you start the inspection. That way, you stay compliant with your insurance policy and eligible for its coverage.

Let the insurance company know of things that might turn into a claim.

Remember the Coverage excerpt we referenced earlier? It continues to list several conditions to payment, a few of which we’ll go over in this article. The first one we’d like to address: your responsibility to let the insurance company know of things that might turn into a claim.

This condition comes as a surprise to many inspectors. Why let your carrier know of a problem unless you’re certain it’s a claim? Many inspectors worry that, if they put their insurer’s on notice, their rates will go up—even if the potential issue doesn’t amount to anything.

However, insurance companies handle claims and potential claims differently. Some insurers do not act upon incidents until they turn into claims. Other insurance providers offer risk management programs. Here at InspectorPro, our pre-claims assistance program has stifled 85 percent of inspection client complaints before they could turn into claims. You can learn more about our pre-claims assistance program here.

But when inspectors don’t report potential claims, they can miss out on more than just pre-claims assistance. Failure to let your carrier know about complaints that could turn into claims can make you ineligible for coverage if those issues do turn into claims. Not notifying your insurer about potential claims can also affect your future insurability with that insurer. So, be sure to tell your insurance carrier about potential claims as they happen. And, when applying for insurance coverage, either with a new company or your current one, be sure to disclose any incidents.

Don’t admit fault or settle without the insurance company’s permission or help.

Now, this isn’t to say that you cannot settle complaints on your own. However, doing so on your own means you’re responsible for the costs. Since you are paying for insurance—and especially if your policy comes with pre-claims assistance—some may consider those outside additional expenses redundant, particularly if you could’ve saved with your insurer’s help.

Not admitting fault is extremely important. Admitting liability makes paying damages almost a guarantee. It also makes it harder to defend your innocence regarding other claims for the same inspection. Furthermore, taking on blame goes against most home inspection insurance policies, including the one referenced above. So, stick to showing sympathy to your clients without admitting fault to protect your insurance coverage.

Also, remember that, per the last section, you still need to report any potential claims to your carrier. In so doing, you qualify yourself for coverage, should the complaint escalate.

Report claims to your carrier promptly and properly.

Your policy explains how to promptly and properly report claims to your carrier. See an example from one of our carrier’s policies below. 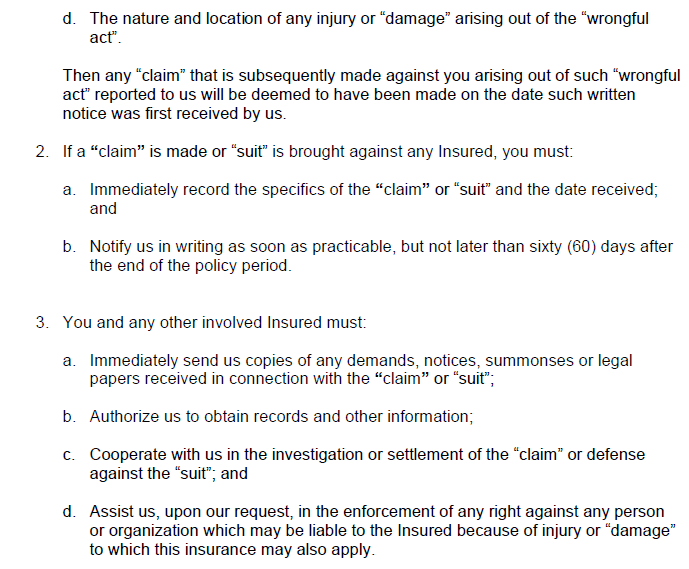 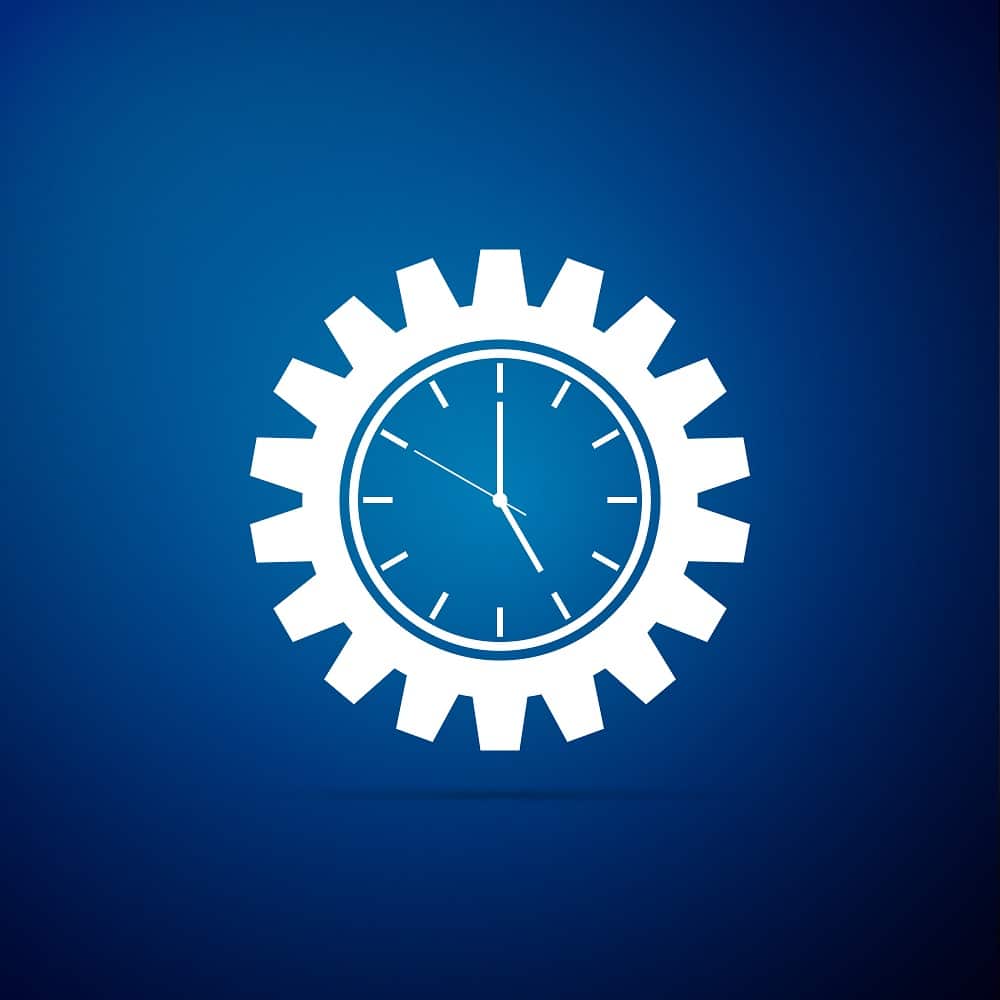 There are a couple things that stand out about this section.

If there are delays in processing claims, they’re often due to improper reporting. Until the claims team has all of the appropriate paperwork, it’s harder to investigate and defend against the allegation. As such, delays can waste valuable time and efforts.

Cooperate with the carrier’s claims team.

Lastly, to qualify for coverage, you must assist your carrier’s claims team. According to Ben Lanser, a workers’ compensation manager for West Bend Mutual Insurance Company, cooperating with claims adjusters can lead to better outcomes.

Note that cooperating with claims adjusters means ultimately trusting that they’ll do what’s best for you and your business. While it can prevent claims, being a great home inspector doesn’t make you immune to claims. Our 2017 claims data revealed that 80 percent of the claims we received were meritless. In those cases, home inspectors performed the technical aspects of their inspections properly and still received claims.

In a recent article, home inspector Randy Sipe described how, in spite of years of experience, following the SoP, and doing the best job he could, he still received a claim—and others can, too.

“It’s not about the job you did or whether you were right or wrong. You can—and likely will—be sucked into a claim regardless,” Sipe wrote. “A win isn’t a win if it costs more to defend than to settle. You see, it doesn’t matter. What does matter is the dollars—not right or wrong—because, even with insurance, you have to defend your future insurability.”

Your contract, your home inspection coverage