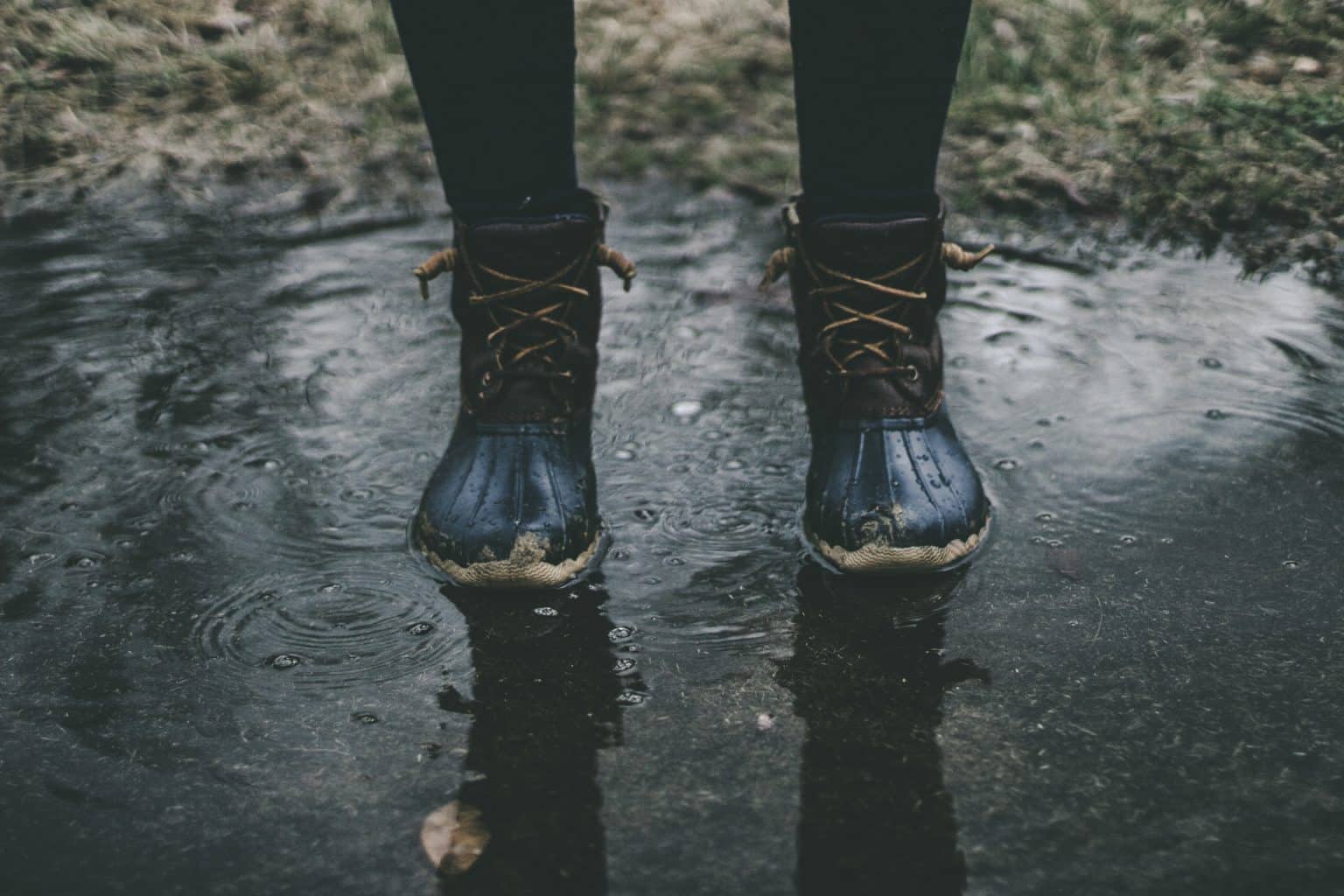 “You have been sued. You may employ an attorney. If you or your attorney do not file a written answer with the clerk who issued this citation by 10:00 a.m. on the Monday next following the expiration of twenty days after you were served this citation and petition, a default judgment may be taken against you.”

That was how home inspector Nathan Cross’ letter from the state began. According to the state, former home inspection clients Patrick and Miranda Spence were suing Cross and the sellers for “deceptive trade practices,” “breach of contract,” “economic and actual damages,” and “intentional damages by omissions.”

Unbeknownst to Cross, the property used to have a swimming pool. The sellers had filled in the pool and covered it up prior to putting the house on the market. The sellers did not disclose the pool’s existence to either the Spences nor Cross. So, when Cross performed his inspection, there were no visible signs of a pool in the backyard, nor were there any visible defects. Thus, Cross’ inspection report did not indicate any issues in the backyard.

About a year after the inspection, indentations began to appear in the backyard. Upon investigating the property’s tax records, the Spences discovered that a pool had existed prior to them moving in.  (The covered pool was not in the sellers’ disclosure.) They surmised that the sellers must have improperly filled the pool, which led to developing indentations. Now, a full year and a half after Cross’ inspection, the Spences were taking legal action. The Spences demanded “monetary relief of $100,000 or less, including damages of any kind, penalties, costs, expenses, pre-judgment interest, and attorney fees.”

Shortly after receiving the letter, Cross reported the suit to our claims department. In his initial discussion with our claims team, Cross confirmed that there were no indentations at the time of the inspection—nor was there any indication of a pool. (In his inspection report, Cross had checked “Not Present” beside the “Swimming Pools, Spas, Hot Tubs, and Equipment” section.) Additionally, Cross explained that he does not research properties or look at their disclosures prior to inspection. Furthermore, according to the laws in his region, he is unable to look at tax records without being a licensed realtor.

The same day, our claims team called the claimants’ attorney to gauge their understanding of the situation. According to the Spences’ attorney, the backyard “looked perfect” on the day of the inspection. Over the phone, our claims team explained that home inspections are limited, non-invasive examinations. Then, by email, he sent plaintiff counsel a link to the Standards of Practice (SoP) in addition to several excerpts from the SoP that defended Cross’ inspection.

Four days later, the claimants’ attorney reached out to our claims team. After discussing the SoP with the Spences, the attorney offered to settle the claim for $6,000.

That same day, our claims team offered their rebuttal. The issue was not visually identifiable on the date of the inspection by the attorney’s own admission, our claims team argued. Furthermore, there was no way that the home inspector could have predicted that pool was covered up and that it would cause indentations years later.

Our team rejected the Spences’ offer. Instead, they offered to settle for $1,500—a thousand dollars less than Cross’ insurance deductible. (Our claims team knew that, if they could dismiss the claim for less than Cross’ deductible, Cross could save on out-of-pocket costs.)

Our claims team followed up weekly with plaintiff counsel, but they did not hear back for nearly two months. Meanwhile, Cross received an interesting phone call. It was the sellers who, if you remember, were also named in the lawsuit.

According to the sellers, the Spences were “fully aware” that there had been a swimming pool in the backyard. During the buying process, the Spences asked the sellers who had filled the pool, because the Spences wanted to put the pool back in place. The sellers planned on fighting the frivolous claim and then suing the Spenses for suing them.

Our claims team advised against the sellers’ approach; Cross agreed. Even if the Spenses knew the pool was buried all along, it would cost money to prove. And, even if there was no payout to the Spenses, the defense costs would end up on Cross’ loss runs. With the Spenses unwilling to walk away without their “monetary relief,” and with the cost to defend in court outweighing the benefits, our claims team advised that they attempt again to settle for less than the Spenses’ original offer of $6,000. 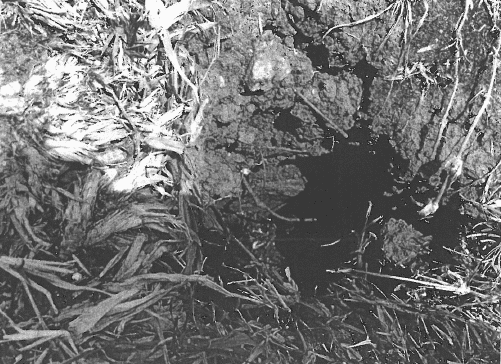 Once again, our claims team reached out to plaintiff counsel. They reiterated the SoP, arguing that a visually buried pool could not and should not be identified by a home inspection. Our team increased their settlement offer to $2,500, and the attorney agreed to speak to the Spenses.

About a week later, the claimants agreed to settle for $2,500. Our team obtained a signed Release of All Claims, which ensured that the Spences could not make any more allegations against Cross and his company.

Here are a few things you can learn from Cross’ experience.

When the Spenses filed suit, they nor their attorney understood the SoP. Although Cross had taken the time to copy and paste his state’s SoP at the beginning of his inspection report, all the Spenses noticed was the check mark by “Not Present” in the swimming pools section.

Take the time to define a home inspection and its limitations with your clients. To make sure that your clients understand your inspection offerings and results, we recommend articulating key points repeatedly, such as during scheduling calls, in your pre-inspection agreement, during walkthroughs, and in your report.

Here at InspectorPro, most insurance policies define a claim as “a written demand for money.” While Cross’ letter was vague in its demand amount—”monetary relief of $100,000 or less”—it still qualified as a claim. While Cross’ demand was a formal suit filed in a court, demands don’t have to be lawsuits to be considered claims. Any written demand, even an email, qualifies as a claim under standard InspectorPro policies.

Additionally, while the Spences were the accusers, demands can come from non-clients and still be considered claims. While many non-client complaints don’t hold up to legal scrutiny, they still trigger your reporting obligation to your insurance carrier.

Perhaps you have a meritless claim that you think will clear up on its own. Or, maybe you feel that you have the skills and means to fix the problem without insurance help. Regardless of how you think the claim will resolve, you’re still obligated to report it to your insurance carrier.

…and a pre-claim (a.k.a. early reporting incident).

What about complaints that are not written demands for money? The insurance industry calls these non-claims early reporting incidents (ERIs). We recommend reporting potential claimsfor additional benefits, including pre-claims assistance, early intervention, and deductible endorsements.

Check the “Definitions” section of your policy to see how your insurance carrier defines both claims and ERIs. 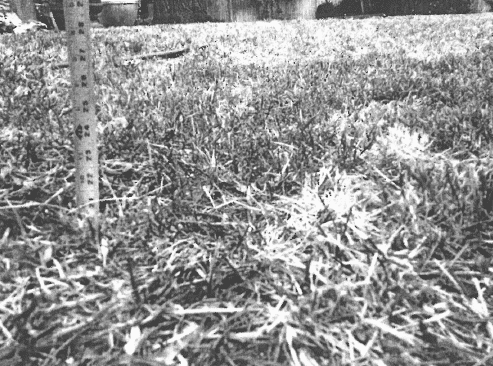 While it can prevent claims, being a great home inspector doesn’t make you immune to claims. Our 2017 claims data revealed that 80 percent of the claims we received were meritless. In those cases, home inspectors performed the technical aspects of their inspections properly and still received claims.

In a recent article, home inspector Randy Sipe described how, in spite of years of experience, following the SoP, and doing the best job he could, he still received a claim—and others can, too.

“It’s not about the job you did or whether you were right or wrong. You can—and likely will—be sucked into a claim regardless,” Sipe wrote. “A win isn’t a win if it costs more to defend than to settle. You see, it doesn’t matter. What does matter is the dollars—not right or wrong—because, even with insurance, you have to defend your future insurability.”

(You can read Sipe’s article in its entirety here.)

In reflecting on Cross’ claim, our claims team agreed. Despite Cross not being at fault, settling made the most sense in this case.

“Our goal in every case is to minimize the payments on the home inspector’s loss run as much as possible,” Cross’ claims specialist said. “The inspector was satisfied with our efforts and understood that the only alternative would have been to fight this out in court and incur excessive litigation costs.”

It took a lot of negotiating to get from the initial demand of up to $99,999 to the final settlement of $2,500. Having an experienced claims adjuster who knew the home inspection industry—including Cross’ state-specific SoP—made it easier to resolve the complaint.

Additionally, our claims team made sure that the claimants and their attorney didn’t cut corners to hurt Cross later on by fighting for a Release of All Claims and even going so far as contacting the State Board to get an official lawsuit dismissal. Our claims team understands that any loose ends are potential liabilities for your business, so they make sure to work with our inspectors to tie up each one.

Become the next claims success story.

“The pre-claims really helps deal with those silly complaints that have no merit. They have always been friendly and helpful,” wrote Jim Troth, Owner of Habitation Investigation, LLC.

This article was originally published on the InspectorPro website on July 1, 2019.

This article was published in the ASHI Reporter in December 2019. See how this story appears in print on pages 6-7 below.