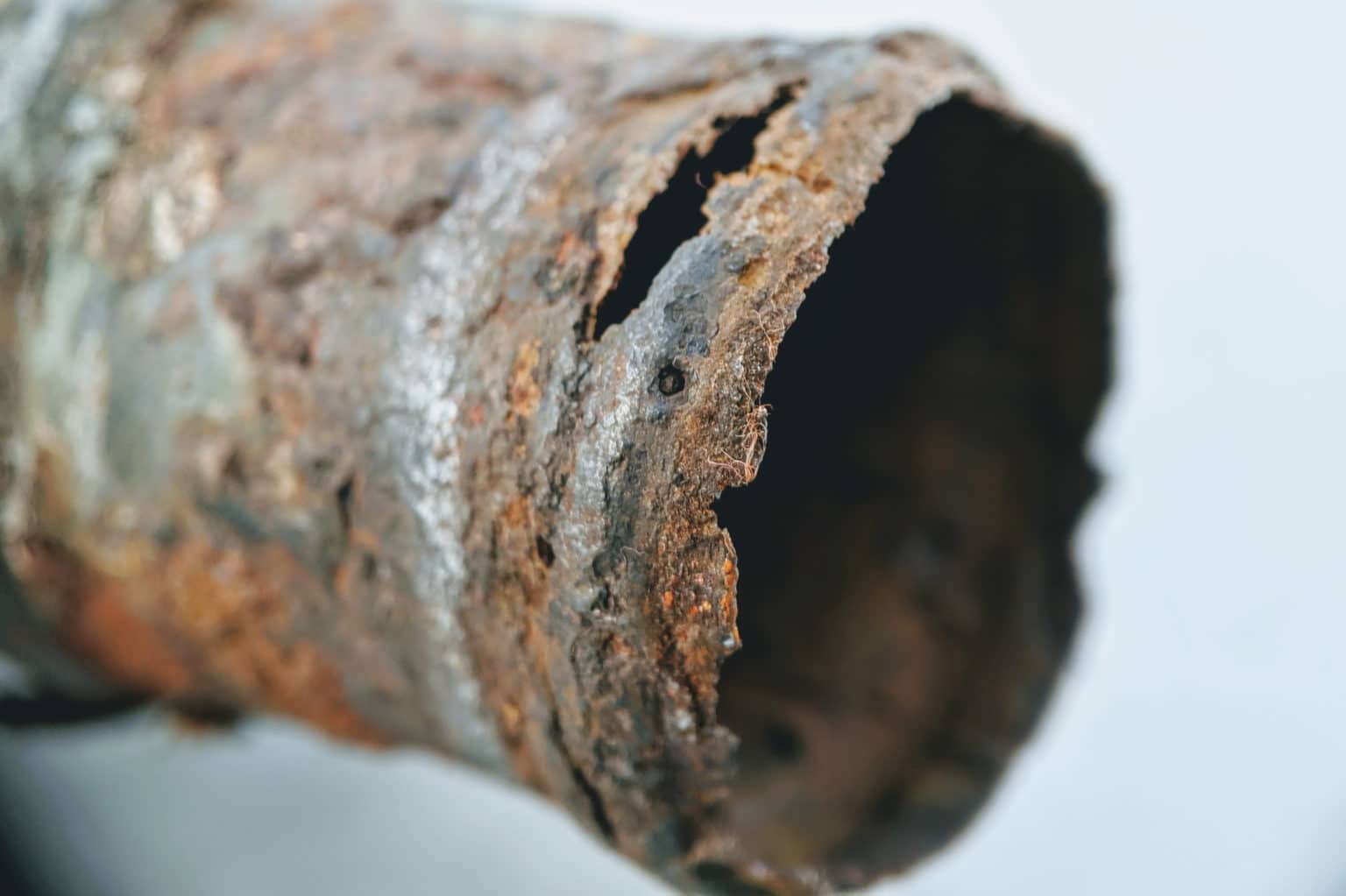 The following is a cast iron plumbing claim from our home inspector insurance claim archives. To protect the insured’s identity, all identifiable characteristics—including names, associations, and locations—have been omitted or removed.

Weeks after his initial home inspection, a client asked his inspector to perform another service. He wanted the inspector to visually inspect the plumbing system with a sewer scope and look for possible issues. The inspector came back for the sewer scope inspection and amended his report to include his latest findings: The cast iron pipes were in “fair” condition, and the Polyvinyl Chloride (PVC) pipes were in “good” condition.

The inspector neither defined these conditions nor explained how they were different. However, the sewer scope did not reveal any leaks or major issues in either the cast iron or PVC pipes. The client decided to buy the home—another happy ending, right?

It was until the client moved in.

Almost six months after the inspections—including three months of renovations—several toilets started to back up. Next, the primary shower stopped draining water. Finally, used wastewater from the toilet began seeping out from the same shower drain.

With that much congestion, it was time to flush out the source of the problem.

The former client blamed his home inspector, accusing him of failing to report the severe cracking, which he believed should have been obvious during the sewer scope inspection half a year earlier. Had he known about the damages, the client never would have purchased the property, he claimed.

Initially, the inspector refunded the sewer scope fee at the client’s request. However, he did not get a signed release. The claim escalated when the inspector received an attorney letter, demanding more than $50,000 to compensate for the damages.

After discussing the plumbing claim with the inspector, our claims team issued a denial of liability letter on his behalf. The letter defended the inspector’s innocence by providing a point-by-point rebuttal to the homeowners’ allegations.

For example, in referencing the scope and exclusions outlined in his signed pre-inspection agreement, the letter explained that a real estate inspection is a snapshot in time. It’s visual, non-invasive, and only covers readily accessible defects visible at the time of the inspection. As such, the scope did not require estimating the pipes’ remaining life expectancy or exposing them to reveal any surface issues. The sewer scope images included in the inspection report supported that, although the cast iron pipes were not in good condition, they appeared to be functioning as intended and without any issues at that time.

Finally, if he had been found negligent, the limitation of liability provision in the contract capped the inspector’s liability to the inspection fee. Because he’d already reimbursed the client, the claim closed at no additional cost to the inspector—not even his deductible.

We understand that home inspectors can’t see through walls or predict the future. But for clients who aren’t familiar with the inspection process, this might not be so obvious.

In this case study, for example, the inspector referenced his standards of practice (SOP) among the terms and conditions in his pre-inspection agreement. Moreover, he specified that the inspection results only reflected conditions on the day and time of the inspection.

Even so, neither the client nor his attorney got the message. They believed the leaks would have been visible during the sewer scope inspection—six months before the plumbing even became an issue and after months of renovations. Because the cast iron pipes were in “fair” working order before, the client assumed they should have stayed that way.

Whether you follow a national organization’s standards or your state’s, it’s important to define a home inspection and cite your standards in your contract. Furthermore, to make sure your clients understand your inspection offerings and results, we recommend articulating key points repeatedly, such as during scheduling calls, in your pre-inspection agreement, during walkthroughs, and in your report.

On top of knowing what it includes, clients also need to know what a typical home inspection excludes.

Exclusions are items of risk specifically not covered by a contract to avoid excessive liability. In pre-inspection agreements, exclusions limit or eliminate your responsibility to inspect for certain defects or examine certain systems and components.

In this example, the inspector clearly wrote that his report would exclude “concealed, camouflaged,” “latent,” and other “difficult to inspect” defects. He also included a link to his full SOP. Because he referenced his scope and exclusions, we could confirm that the inspector had followed his SOP and reported observable conditions that existed at the time of the inspection.

Additionally, having a signature helped us prove that the client agreed to these terms outlined in the contract. Get your pre-inspection agreement signed before starting the inspection, every time. Without a signature prior to the inspection’s start, it’s just your word against your clients’.

Have a limitation of liability provision.

This case study highlights another crucial piece in your pre-inspection agreement: the limitation of liability provision.

This provision puts a cap on your financial responsibility for missing or omitting defects. For example, if a home inspector misses a roof leak, the client may demand that the inspector pay for a brand-new roof. The limitation of liability clause can restrict the client’s demand to a lesser amount. In this study, it limited the inspector’s liability to the sewer scope fee, which he’d already reimbursed.

Having a limitation of liability provision in your agreement can also deter clients from making claims or filing lawsuits against your business. That’s because, in some cases, your financial responsibility may be significantly less than the costs of taking legal action. Read our previous article to learn more about this clause.

Do not predict the age or remaining life expectancy.

Avoid predicting how old a system is or how much longer it will last.

SOPs do not require inspectors to do such predictive reporting. Furthermore, anticipated life expectancies for structures, like roofs, don’t consider extraneous circumstances, like regional weather conditions. Such conditions can prevent the structures from reaching a manufacturer’s predicted age. Thus, home inspectors open themselves to additional liability when they make recommendations based on estimated age and longevity.

Instead, we recommend following this inspector’s example and describing the component’s general condition. You may even say that it appears to be in the first or second half of its life. But don’t provide a specific age or remaining life estimate. Also, as seen in this case study, if you use condition ratings like “good,” “fair,” or “poor,” make sure to define the differences between these ratings in your report.

If you’re refunding a service, get a signed release.

Finally, if you decide to refund a service fee, then make sure the client signs a release form. A signed Release of All Claims ensures that the client cannot make any additional allegations against you or your company. Had this inspector insisted on getting a signed release, perhaps the issue would have ended there.

In some circumstances, refunding a service fee without a signed release can be seen as an admission of guilt. If an inspection client demands a refund, call your insurance provider for assistance. They can walk you through your response to verify you’ve taken the best steps for your defense.

Avoid Your Own Cast Iron Claim 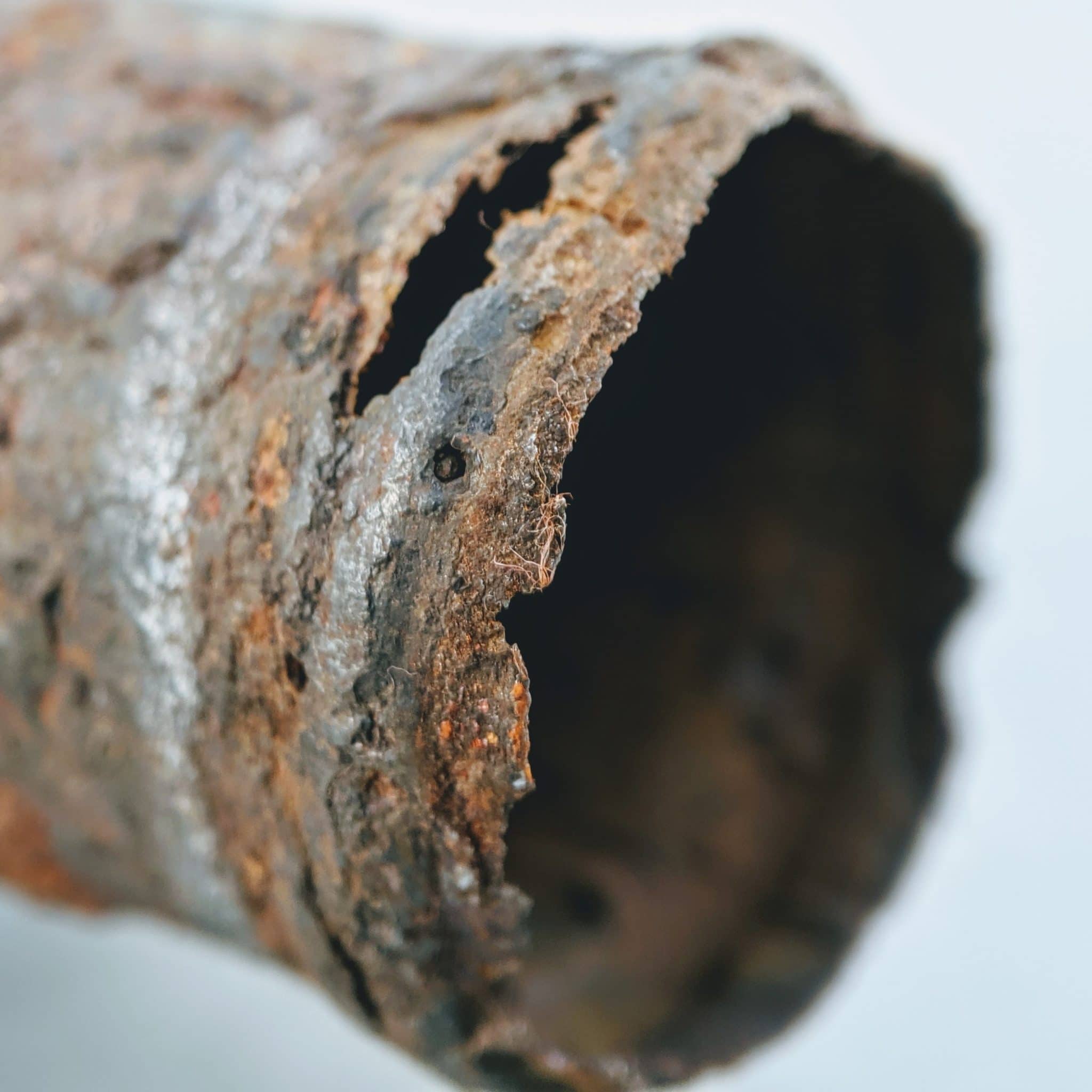 We can draw several important lessons from this case study. One of the biggest takeaways: This inspector’s claim could have seen a very different outcome had his agreement left out protective language, such as his scope, exclusions, and limitation of liability.

Pre-inspection agreements are a home inspector’s first line of defense. These agreements define the scope of your inspection, limit your liability, and control dispute resolution. Without this agreement, clients can only assume what your inspection covers and what repair expenses they can put on your shoulders.

However, not all agreements are created equal. Many home inspectors use boilerplate templates or hand-me-down contracts, leaving holes in their defenses.

Here at InspectorPro, our insureds have free access to state-specific pre-inspection agreements. We created them with more than 10 years of insight into home inspection claims, case law, and legislation. Furthermore, we regularly update them to ensure top compliance with state and industry regulations. And, if a claim does arise while using one of our agreements, you’ll have all the necessary provisions to ensure a faster, less expensive, and more efficient resolution. In fact, we’ll even offer a $1,000 discount off your deductible, just for using an InspectorPro contract.

Are you already insured with us, and interested in switching to our pre-inspection agreement? Fill out our form to get started. Or, if you aren’t currently insured with us, click here to apply for a free, no-obligation quote.