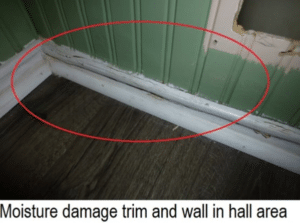 “In March, I had a home inspection done by Ron Howard, who is insured by you. I moved into my home in May. In July, I noticed that my baseboard was holding moisture and starting to crack. I didn’t know why, so I had someone come and check where the moisture was coming from. We discovered that this has been an ongoing problem—based on the mold that is on the boards—which, in turn, is causing termites to enter my home.

“The inspector should have noted the moisture issue on the base boards in his inspection, which would have led me to look into the issue before buying my home. I have contacted the inspector, and he came out to reinspect and sent a revised report. I have also contacted the Board of Inspectors, who advised me to contact you, his insurance company.”

One of our brokers received this email from a home inspection client of his insured, Ron Howard .

Before the email surfaced, Howard had known his client was having issues in the home—hence the re-inspection the client mentioned in her email. But Howard had thought that he’d resolved the issue on his own.

“Last communication I had with her was that they had decided to accept my offer of an inspection refund, and I had mailed her a release form to sign. Never heard from her again until I found out she was filing a claim against me,” Howard wrote in an email to our claims team.

With the client’s claim escalating, Howard turned to our claims team for help resolving her complaint.

The Inspection of the Bulging Wall

The property was cluttered during the original inspection In fact, in his inspection report, Howard noted that one bedroom was so full of the sellers’ belongings that he could not fully inspect it.

The sellers’ personal possessions obscured other areas of the property, too. Howard noted in his inspection report that the wall adjacent to the bathroom had a visible bulge, which he recommended “should be explained and monitored.” In his picture of the bulging wall, you can see a blanket rack obstructing the adjoining wall just beyond the door. The water damage his client discovered four months later was on that adjoining wall. 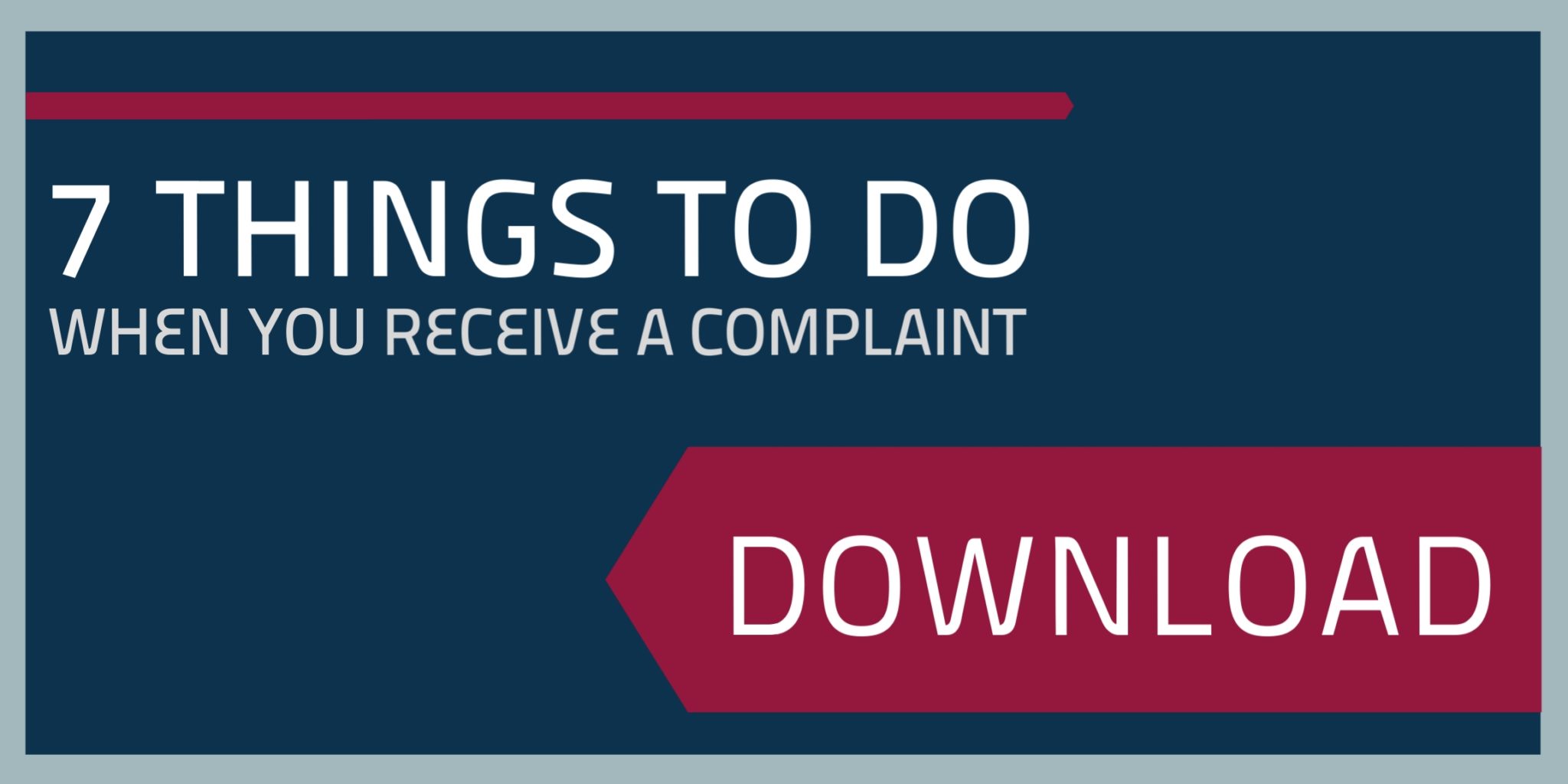 According to Howard, his client had contacted him a month before they emailed his insurance broker. Four days later, Howard was re-inspecting the property.

“Arriving, I found visible moisture damage [on the] wood wall and trim in the hall. The moisture-damaged trim appeared cracked and appeared to be a problem that had been ongoing for some time,” Howard said. “The trim [on] the wall appeared to have been heavily caulked and painted.”

Howard observed with the access panel open—which wasn’t during his original inspection—dripping water as he ran the shower in the bathroom. He determined that the shower drain was leaking and causing the plywood below the drain to become soaked and damaged.

Howard told his client that he’d look over his pictures from the original inspection and write up a follow-up report. It was while Howard was going over his files that he discovered the picture with the blanket rack obscuring the bulging wall and the access panel. Intentionally or not, the sellers had concealed the defect, making it impossible for Howard to see it during his inspection. 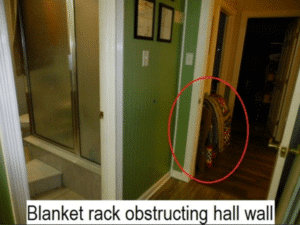 The email to the broker indicated that the client had changed their mind about Howard’s offer to refund the inspection. So, our claims team prepared a formal denial of liability letter on Howard’s behalf. In it, they underscored how the standards of practice absolved Howard of the responsibility to identify hidden, concealed, or latent defects. They quoted Howard’s pre-inspection agreement, which included a limitation of liability of the cost of the inspection and his client’s signature. They, too, included multiple pictures and excerpts from the report proving that Howard could not have identified the water damage in the bulging wall behind the blanket rack.

Unfortunately, Howard’s client persisted. His client hired an attorney who asserted that the limitation of liability clause in his contract was “against public policy” and was “not enforceable.” His evidence: a ruling against an inspector in the state 11 years prior, during which the judge threw the inspector’s limitation of liability provision out. Instead of the $350 inspection fee refund Howard’s contract proposed, the attorney demanded that Howard pay over $10,500 for repairs.

With pending litigation, our claims team assigned defense counsel. With the help of his appointed lawyer, Howard settled the claim for $3,000—less than 30 percent of the attorney demand. Howard was only responsible for his insurance deductible.

Key Takeaways from the Bulging Wall

Here are a few things you can learn from Howard’s experience. 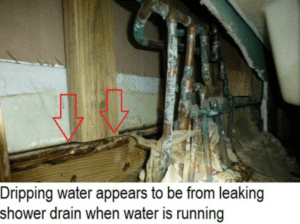 Here at InspectorPro, many of the claims we face involve claimants asserting that their home inspectors failed to adequately describe the severity or impact of a deficiency or condition they identified in the inspection report. In many of these cases, inspectors discover a defect that could lead to something severe. In describing the defect in their report, they suggest that their clients “monitor” the area for further deterioration or development. When the deficiency worsens, claimants argue that inspectors should have advised they get the issue fixed or at least looked at prior to the inspection deadline in the purchase contract so that they could have prevented the damage from exacerbating. To learn what to do when you first receive a complaint from a client, click here.

In Howard’s case, the blanket rack concealed the moisture-damaged baseboards. However, the rack didn’t conceal all signs of water damage permeating from the bathroom.

During his inspection, Howard discovered a bow in the wall beside the bathroom. While he reported the bulge, he did little to investigate its origin or severity.

With the bulging wall beside the bathroom, it would’ve been reasonable to wonder if the bow indicated water damage. Howard could have used a moisture meter to confirm. If Howard couldn’t pinpoint what was causing the bulge and if it needed repairs, he should’ve recommended someone who could.

Don’t stop at “monitor” in your inspection reports. If a defect is bad enough to suggest that it be monitored, it’s significant enough to warrant further evaluation. Recommend that your clients consult with an appropriate professional to determine the status and severity of the identified condition. And be sure to communicate your findings and guidance vocally with your client.

Document everything you see.

Howard needed evidence that the defect was concealed, since the water damage was in the bulging wall at the time of the inspection. Howard’s inspection photos bolstered his defense. Without photographic evidence, it would have been the claimant’s word against his. Had he not taken a photo of the wall with the blanket rack, Howard would’ve likely settled for more. 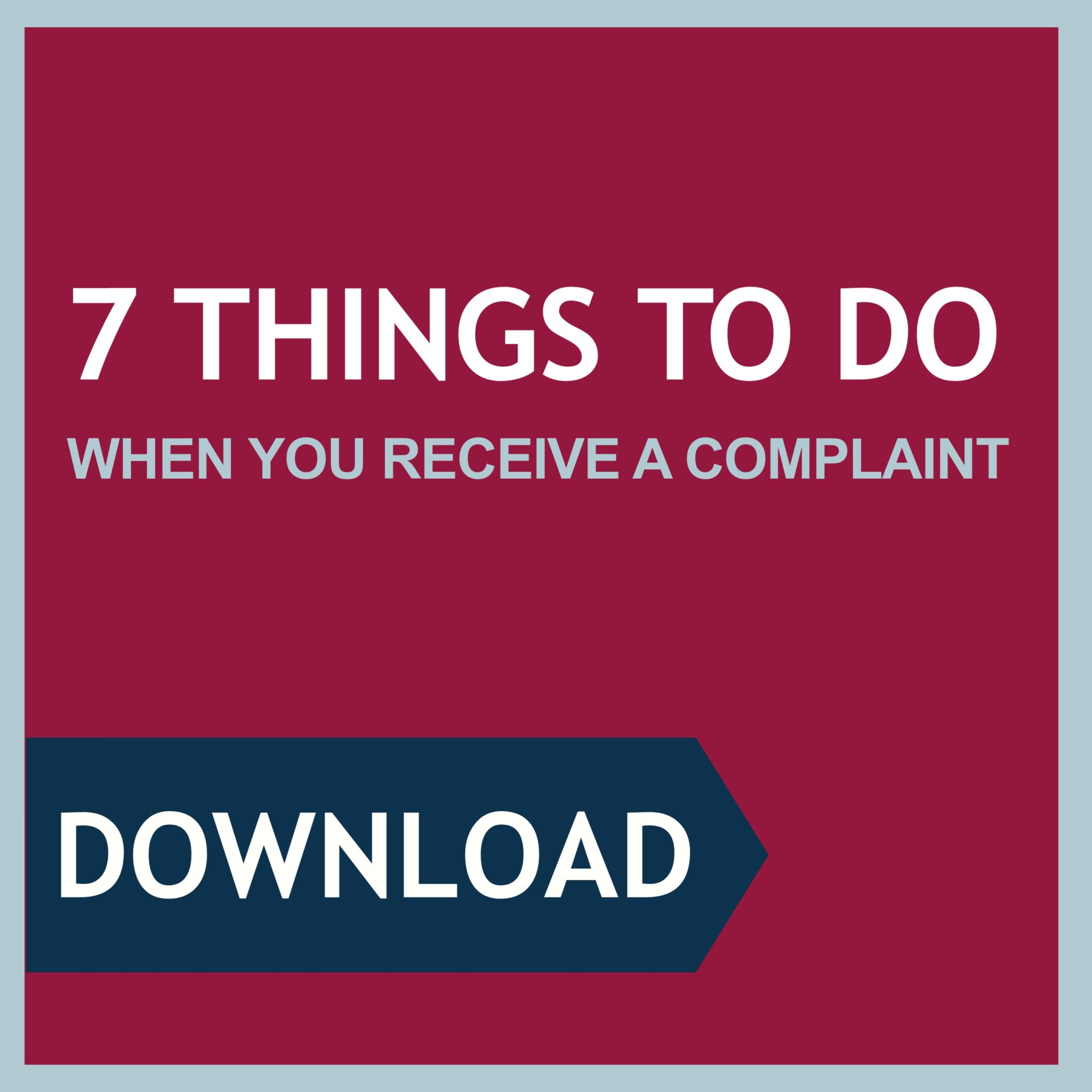 Whether accidentally or purposefully, sellers, buyers, and agents may conceal areas of the property. Furniture and belongings often obscure your view, giving you an incomplete picture of the property. While you’re only responsible to inspect what’s visually identifiable, it helps to be able to prove what was and what wasn’t visible at the time of the inspection.

To learn how you can diffuse complaints early-on, download this free infographic.