How one inspection report saved thousands of dollars

The following is a real home inspector general liability pre-claim from our archives. The inspector has given us permission to reveal his identity and to use direct quotes from our post-pre-claim interview.

Pre-claims assistance is exactly what it sounds like: It’s free help responding to unhappy clients in a way that may prevent said clients from making any demands. Here at InspectorPro, we define a claim as a written demand for money, which Latham had yet to receive.

However, for readers who don’t insure with us yet, do keep in mind that every insurance company is unique and definitions can vary. Be sure to read a copy of your policy to be sure of how your company defines a claim.

To learn more about pre-claims assistance, read this recent article. 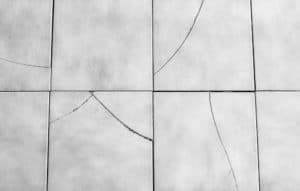 While performing a routine home inspection in Oregon, Aaron Latham of Sunrise Inspection, Inc. made what he described as “a very rookie mistake.” He set a round, metal flashlight on top of the property’s kitchen island. As round objects do, the flashlight rolled off the island. It hit the ground and put a hairline crack in one of the tiles. Realizing that he’d made a mistake, Latham documented both the existing tiles that were cracked and the one tile he cracked with his flashlight in his inspection report.

Shortly after purchasing the house—for several thousand dollars less than the asking price due to inspection findings, according to the real estate agent—the agent called about the tile. Latham agreed that he did, in fact, damage one tile, and asked the agent to obtain an estimate. At the time, Latham guessed that they’d quote about $100.

“Well, here’s the issue,” the agent said. “We can’t find tile that matches the existing tile, and the seller didn’t have any spare tile on hand. What we were hoping is that you would replace the entire floor.”

“They have no legal right to demand that you replace the entire floor,” the pre-claims team assured Latham.

After discussing the situation at length, Latham and the pre-claims team decided to up Latham’s initial offer of $100 to $200. When Latham offered the new amount, the buyer still wasn’t satisfied.

“But it’ll cost more than $200 for the tile guy to come out to replace the tile,” the buyer argued. “And don’t forget, the tile won’t even match. Not to mention the grout—that’s not going to match, either.”

The buyer did not address Latham’s observations about the other tiles. Instead, he returned to arguing about the dollar amount Latham had offered. So, after some more deliberation, Latham made a final offer of $300, to which the buyer verbally agreed.

When Latham called back pre-claims to tell them he’d settled the issue for $300, pre-claims advised that Latham not make any sort of payment until he obtained a signed release. The release would protect Sunrise Inspection, Inc. from future claims and from defamation, such as bad reviews on social media. Free of charge, pre-claims assistance drafted up a hold harmless agreement, which Latham had the client sign before making any payments.

“The contract was worded flawlessly. Maybe half of it was legal jargon, which I never would have been able to write on my own,” Latham said. 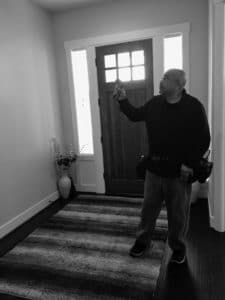 While pre-claims assistance definitely helped Latham resolve the complaint, Latham did much of the work to protect his business beforehand. Our pre-claims team was impressed with how Latham handled his first pre-claim for two primary reasons:

1. When Latham caused an issue, he was honest and efficient by plainly explaining the situation in his inspection report.

Latham made his role in the accident clear and defined. Had he tried to cut corners by using just a few words to describe the situation or by omitting it from the report entirely, Latham could have been subject to a much heftier demand. The client was looking for him to replace the entire kitchen floor because they could not find matching tiles. Had Latham been dishonest or convoluted in his report, it would have been much more difficult to defend the fact that Latham had only damaged one, not multiple, kitchen tiles on the property.

“I still feel like I was extorted for $300, but, in the long run, I’m better off,” Latham said. “Even though the money came out of my own pocket, it was such a huge learning experience for me…. From now on, I only carry small rubberized flashlights when I’m in the kitchen.”

2. His inspection report used complete sentences, which better allowed the readers to understand what occurred.

According to the pre-claims team, Latham’s report stood on its own without further explanation. Much of the success of Latham’s report-writing is due to his commitment to writing his inspection reports in full sentences rather than relying on short phrases or checklists. By taking the time to expound in his report, Latham better sets client expectations and protects his business.

For Latham, who has a Masters degree in architecture and a background in commercial construction, writing detailed and coherent reports is second nature.

“I had a management role, so I dealt with a lot of documentation and writing,” Latham explained. “When you’re dealing with millions of dollars, it’s crucial that you’re extremely clear on your position.”

While Latham’s past work experience informs his report-writing, many of the techniques he uses are available to all home inspectors. For instance, when writing his inspection reports, Latham addresses defects in three ways:

Legible reports are in both yours and the client’s best interest. Not only did Latham avoid what could have been an unreasonable claim with pre-claims assistance and a thorough report, but Latham continues to receive referrals and reviews promoting his inspection business due to the readability and professionalism of his inspection reports.

Become the Next Pre-Claims Success Story

While Latham isn’t planning on dropping anymore flashlights, he’s grateful for what he’s learned and for the opportunity to use pre-claims assistance.

“I was totally impressed and thrilled to be getting pre-claims assistance from a real attorney free of charge…. I would have racked up $1,000 or more in fees had I gone to an attorney on my own,” Latham said. “Me breaking one tile was a great experience for me because now, I understand the pre-claims process more. And I got to have all this professional advice from InspectorPro that was a part of the insurance amount I pay once a year. Even my wife, who’s an insurance underwriter, was impressed.”

Want to stifle customer complaints before they turn into claims? Or need help defending your home inspector errors and omissions insurance claim? If you’re an InspectorPro insured, contact us today to report a claim or use no-cost pre-claims assistance.

“You definitely need to speak with pre-claims. You have nothing to lose,” said James Johnson,* who told us about his errors and omissions pre-claim in a recent article. “There is an approach to handling these things that is tried and true and successful. There’s no point in stressing over it when you can have an attorney write a letter for you and bring out the strongest points to make your case. If somebody were to go it alone, it would be foolish.”

Not insured with us yet? Get a no-obligation quote by filling out our online application. 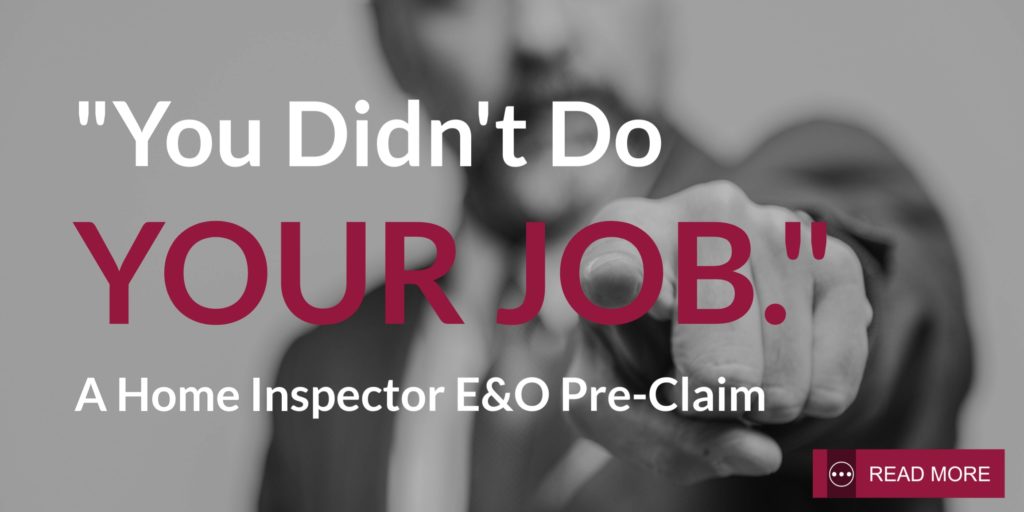 *Name has been changed.