Bird’s-Eye View: Why home inspectors are trading apologies for drones 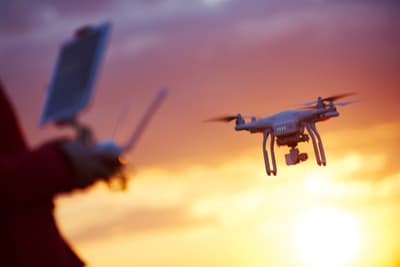 This is Part 1 of a two-part series on drone inspections. Be sure to tune in February 15th to learn five ways to avoid drone-related claims.

Before drones gained popularity in the industry, Jon Bolton of The Inspectagator in Florida had an inspection of a two-story property. He couldn’t get up on the roof without an extension ladder, and he didn’t carry one.

So, he called the real estate agent to tell them he would not be able to inspect the roof. The agent replied: “That’s not my problem. It’s yours. [The client]—he’s an attorney and wants the roof looked at. And you’ve been paid for it.”

After hanging up the phone, Bolton found a friend with an extension ladder and performed the roof inspection. While he was up on the roof, he discovered some significant defects.

“I was like, ‘Thank you, Lord, that this whole thing happened.’ Otherwise, [the client] would have moved forward, discovered the roof leaks, and been really [upset],” Bolton said. “And, [since] he’s an attorney, he had the ability to make my life miserable.”

Since having that experience several years ago, Bolton has searched for ways to inspect otherwise inaccessible roofs. Rather than apologize for being unable to get to the roof—and running the risk of incurring the second most common type of claim in the industry—Bolton and other inspectors have begun using drones to better serve clients and manage their businesses’ risk.

Since CEO Jeff Bezos’ 2013 announcement that Amazon was testing drone technology to expedite deliveries, commercial companies have been eager for drones to revolutionize how they do business.

To address the increased buzz, the Federal Aviation Administration (FAA) released new comprehensive provisions (Part 107) for unmanned aircraft systems (UAS), or drones, in 2016. Since instituting those regulations—which require commercial drone users to obtain a remote pilot certificate (RPC)—the FAA has issued more than 100,000 RPCs to both commercial and recreational pilots. And while no statistics exist to tell us just how many home inspectors make up those 100,000 certified pilots, we can safely assume that the inspection industry is playing a part in the trend just based on the increased number of drone-related articles, inspection products, and claims.

According to our research and interviews, drones are not a means of providing substantial additional income to your home inspection business. In fact, the inspectors we interviewed rarely charge for drone inspections, if they charge at all, and most of our interviewees use their drones during 15 percent of their home inspections or less.

As Bruce LaBell, Owner of Royal Home Inspections in Arizona and author of “To Drone or Not to Drone” from the February 2018 issue of the ASHI Reporter, put it: “You’re not going to get rich from flying a drone…. It’s just another tool in your bag.”

Rather than play a primary role in income generation, drones serve as tools to address technical and marketing needs in the inspection industry. 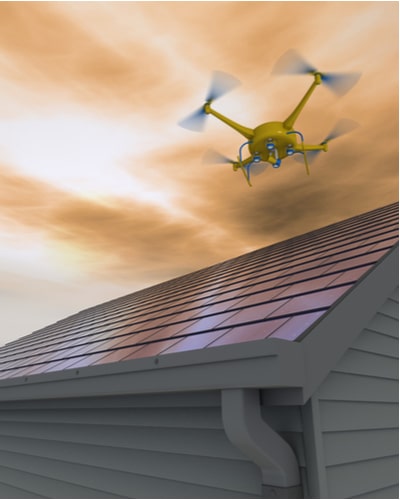 From the technical side, drones provide a way to inspect roofs that would otherwise be inaccessible. Often, a roof is inaccessible when it is too high, too steep, or too wet to safely access. Additionally, certain roofing materials, such as clay tile, or significant amounts of wear may inhibit an inspector from traversing the roof.

In his service area in Kentucky and Tennessee, Jud Faust of Liberty Inspections is experiencing a trend in the new construction market which has led to taller homes with heavily pitched roofs. As a result, Faust estimates that nearly a quarter of properties in his area have inaccessible roofs.

“Even with my pole cam, I can only get about 30 feet in the air, and these roofs are getting so high [that] I’m not able to see chimney caps, the ridges—things like that,” Faust said.

Like Faust (and Bolton), most of the home inspectors we interviewed turned to drones as an alternative to simply apologizing to clients and referring them to a third party for further inspection.

According to Garrett Martell of Inspection Pros in California, using drones when roofs are otherwise inaccessible helps him provide better customer service.

“I was getting really tired of telling people I couldn’t get on the roof,” Martell said. “When the roof was inaccessible, I would have to refer them to a roofer. Or, they would just have to roll the dice and hope for the best. I didn’t think that was right. If I were the buyer, I would want more information. I saw [drones] as a great tool to give them that information.”

From a marketing perspective, drone inspections can set your business apart and enhance your inspection reports’ presentation.

For example, embracing drone technology early was one way Martell stayed ahead of the curve—a priority for his business.

Additionally, Ben Carrison of Equity Home Inspections and Las Vegas Drones, LLC (both in Nevada) uses his drone to snap full shots of the home, which he puts on the covers of his reports. Because clients and realtors enjoy the drone photographs so much, Carrison uses the drone whenever weather and airspace permit.

“I think [the drone] adds quality to my inspection,” Carrison said.

Stephen Showalter with Showalter Property Consultants, LLC in Maryland has also found that people appreciate having the drone’s perspective. In fact, Showalter has given clients copies of the raw drone footage upon request.

“I do a lot of waterfront homes. So, I like to get some shots up high to show the view,” Showalter said. “People appreciate that [glamour shot].” 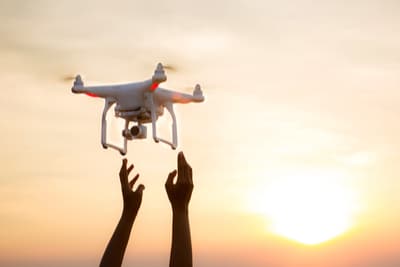 When should you use drones?

As Bolton’s earlier experience shows us, drones provide a great alternative to dismissing the roof inspection all together.

“It’s a whole lot better to tell your client, ‘I can’t get up there. However, I can fly it,’ then it is to tell them, ‘Sorry, no access. You’re on your own,'” Bolton said.

In addition, drones can provide home inspectors with an alternative perspective that can enhance the overall inspection. From a drone’s bird’s-eye-view perspective, Joshua Ryan of Lifeline Inspection Services in Georgia gets a general overview of the roof prior to inspecting it up close.

“If I’m looking at any sags or possible soft spots in the roof prior to climbing [it], I have [a better] idea of where to walk,” Ryan said.

“Even if we can climb the roof, we still use drones,” Ryan said. “When you get on the larger houses,…you can’t always…see the chimney cap or gable vents.”

By using the drone to inspect tall chimneys and features, Ryan acquires better data for his report.

“If there’s any indication that I should not get on the roof for fear of falling off of it, I err on the side of caution [and use my drone],” said Rick Smith of Absolute Assurance Home Inspection Services, LLC in Maryland.

Despite advancements in drone technology, Smith argues that drones don’t compare to looking at the roof with your own eyes.

“You can’t get the same level of detail flying a drone,” Smith said.

“Personally, I do not think drones should be used for roof inspections unless there’s no other way to get up there,” Bolton said.

According to inspectors, a boots-on-the-roof inspection allows a home inspector to better examine roofing materials and their integrity. The ability to use additional senses, such as touch, enables inspectors to better diagnose defects.

“If you have weak sheathing or something like that, when I walk on it, I can feel it,” Faust said. “I may be able to see [a potential issue], but until I can get up there and touch it and feel it, I don’t know if it’s an actual defect that I need to call out.”

Additionally, Faust stated that walking on the roof can also help him determine areas of interest during the attic inspection. Say, for example, a portion of the roof feels a weaker than other areas. Then, Faust knows to pay special attention to that area in the attic. 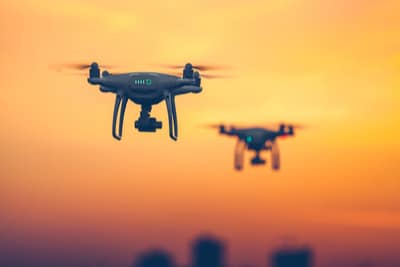 Many home inspectors are turning to drones to provide better inspection services to their clients. Take the time to consider your business’ needs to determine if adding drone services is right for you.

“The drone can get places that people can’t, and it can do so really safely and really efficiently,” said Jameson Malgeri of MKC Associates in Massachusetts. “We’ve definitely found situations where, if we didn’t have the drone, we would have never found the defect…. You can write all the disclaimers you want about inaccessible roofs, but that’s not what we’re being paid for.”

Don’t forget that drones are not a one-size-fits-all solution. Just like all of the tools in your kit, there are times to use a drone, and then there are times you need to get your boots on the roof.

In the words of LaBell: “To drone or not to drone?” We leave that decision to you. Does a drone sound like a worthwhile investment? When you consider the types of claims you can receive for not finding issues on an inaccessible roof, perhaps it sounds pretty cheap.