How to manage risk during a re-inspection 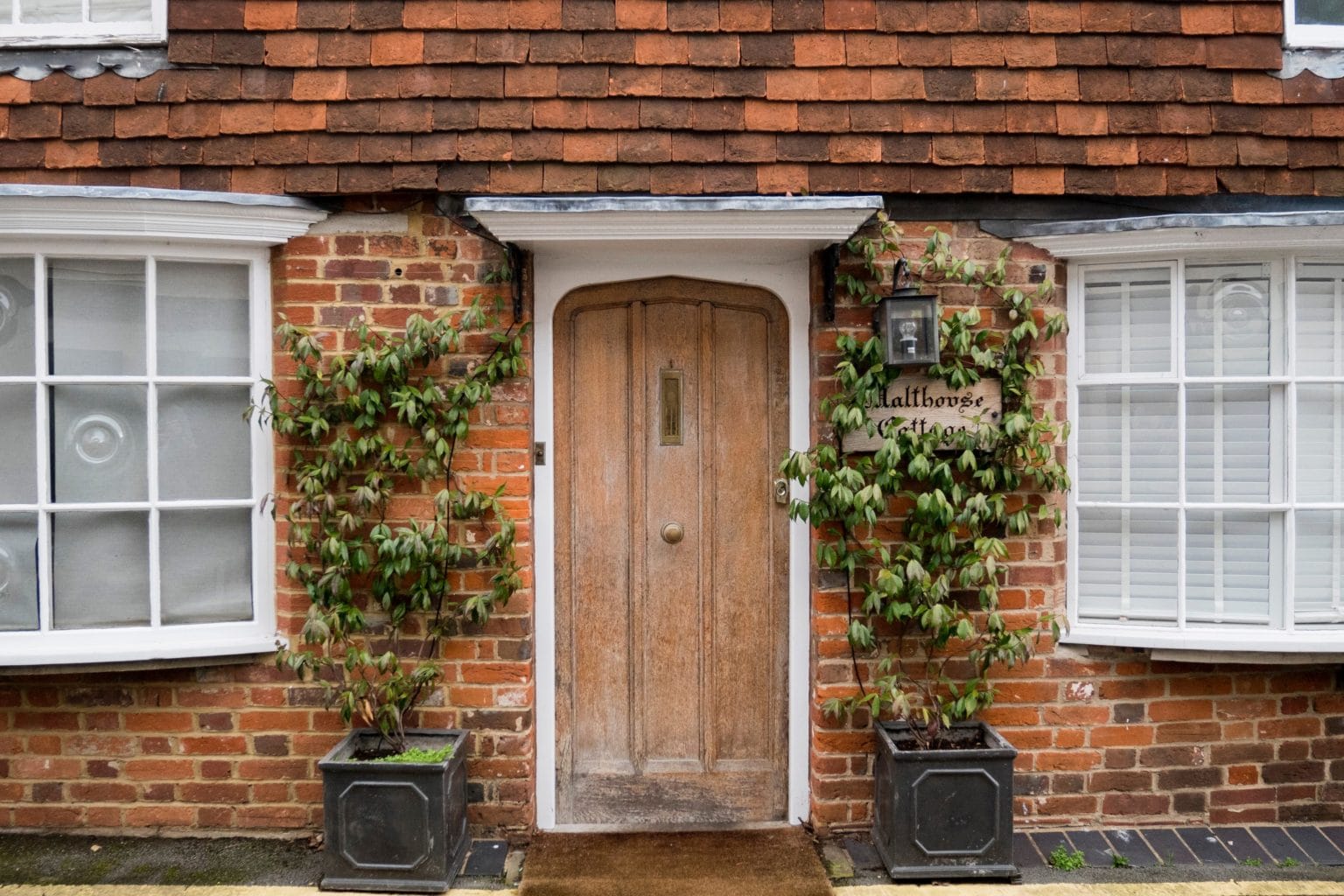 Little did the inspector and the client know, the foundation repair company had not done a good job. Their repair work was poor and, not long after the re-inspection, the foundation issues returned. The client sued the home inspector for signing off on the repairs, resulting in a claim that cost around $100,000.

What is a re-inspection?

A re-inspection is a visual examination of a property you have previously inspected for the same clients. There are two types of re-inspections:

Both forms of re-inspections have potential liability pitfalls.

But what about the same property, different clients?

But before we launch in, we need to discuss another type of inspection some inspectors miscategorize as a re-inspection: Inspections of the same property for a different client, usually a new buyer after the previous one fell through. Even though you’ve examined the property before, inspections for new clients are new inspections. As such, you need to obtain a new pre-inspection agreement and generate a new report. 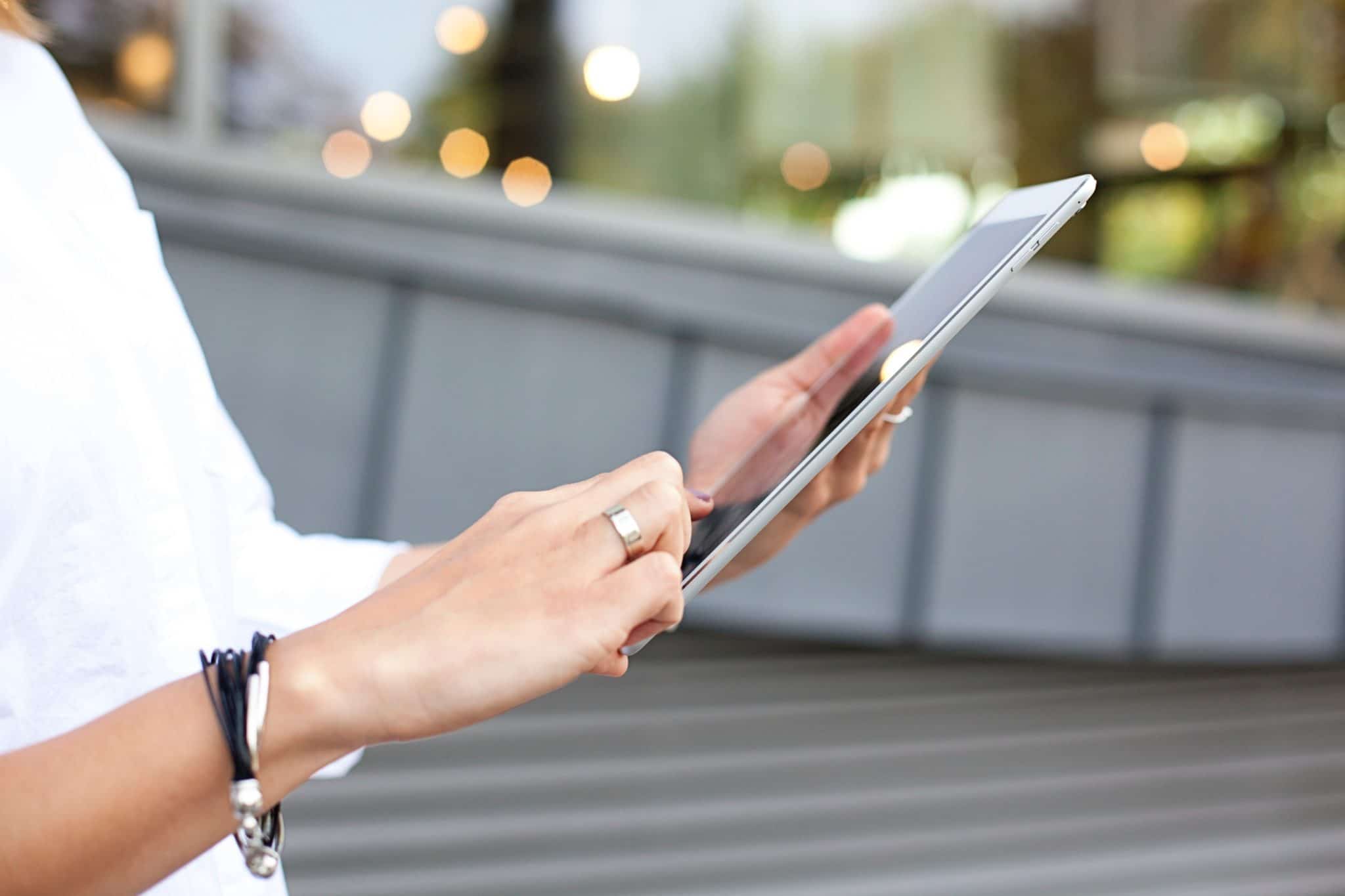 Contracts are between the two signing parties. If you don’t have an agreement with your new clients, you have no inspection terms, meaning you’re open to a plethora of liability. Furthermore, if you lack a signed pre-inspection agreement, you violate the terms of your insurance policy and, therefore, may not be eligible for coverage should a claim arise.

Now, we return to re-inspections of the same property for the same clients. In this article, we go over frequently asked questions regarding these inspections and how to manage risk during a re-inspection.

When do I need to obtain a new agreement?

When a re-inspection is an extension of the original inspection you performed, your original pre-inspection agreement applies. That’s assuming that your re-inspection is to examine a component or a system that you either a) didn’t inspect originally or b) deemed deficient or needing further evaluation.

The exception to the rule: If there’s a significant time difference between the original inspection and the re-inspection—like six months—we suggest you get a new signed agreement. This is because most claims and legal professionals will treat it as a new inspection.

How thorough should my re-inspection be?

If you are performing a re-inspection for the same client after repairs or modifications, limit your re-inspection to those specific items.

Todd Newman from AmeriSpec of Louisville in Kentucky suggests thoroughly communicating with your client to make sure they understand the parameters of your re-inspection.

“We establish it very clearly so that both parties know what we’re going there to re-inspect,” Newman said. “We’re there for that particular task. We don’t deviate. If we’re there to test some outlets or plumbing, that’s all we are there for.”

Sticking to inspecting the repairs or modifications is an important part of managing your risk. We’ve seen situations in which inspectors deviated from the initial purpose of the re-inspection. Maybe they noticed something they didn’t before. Or perhaps they second-guessed their previous observation. Whatever the reason, analyzing additional areas of the home during a re-inspection poses a significant claims risk. Oftentimes, the inspection contingency window has already closed, so clients are more likely to be upset rather than grateful if you point out another problem—particularly if that problem’s a big one. 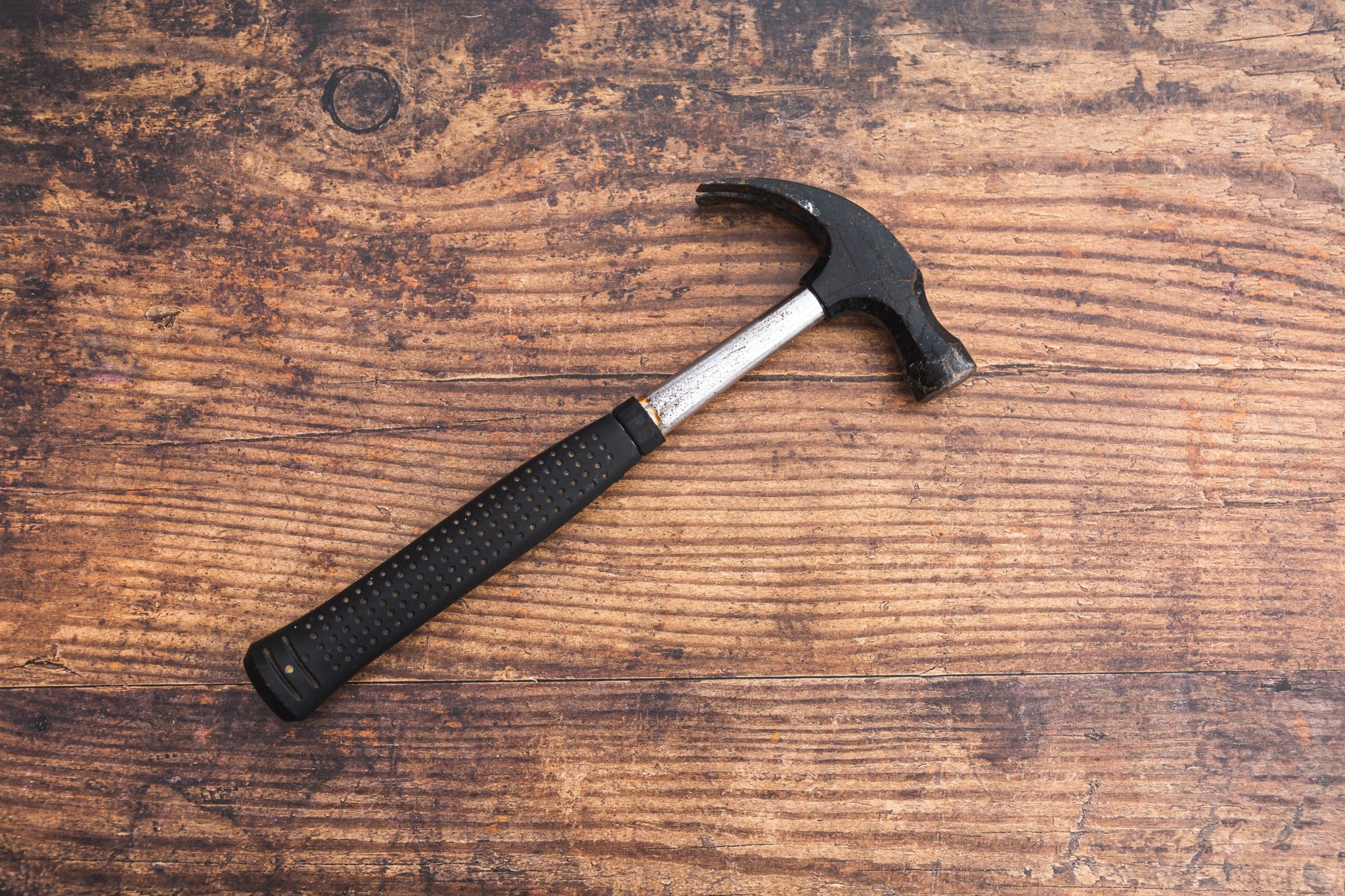 What comments can I make regarding repairs and modifications?

When performing a re-inspection of a property after a modification, never make workmanship determinations. Just because you can’t see a previously visible deficiency, it does not mean that it was repaired properly. The seller may have attempted to fix the issue themselves. And even if a licensed contractor made the repair, they may have done so insufficiently.

“After work has been done, things could have been [negatively] affected by the contractors. Or, [other defects may have been] hidden from the contractors’ view,” said Richard Stockton of A Better Home Inspection Service, LLC in Virginia.

Do not change your original report. Rather, give your clients an addendum or supplemental re-inspection report. When providing a supplemental report, avoid definitive statements. Do not attest that an item appears “fixed,” “repaired,” or “functional.” Rather, simply state that you can no longer identify the deficiency you discovered during your original inspection, or that there are no visible reportable defects present. Also, be sure to include lots of pictures illustrating how the area appeared upon re-inspection.

Not surprisingly, clients and real estate agents tend to dislike this cautious approach. They may pressure you to confirm that the modifications look okay. However, don’t be tempted to oversell. Many claims involve allegations in which inspectors told clients that a repair looked “fine” when, really, the modification was far from it. So, stick to what you can see and avoid reporting what you can’t.

Are there any reasons not to perform a re-inspection?

Both types of property re-inspections are eligible for insurance coverage under most policies. Re-inspections of previously inaccessible systems and components can benefit both the client and the inspector.   However, re-inspections of repaired or modified items, we recommend performing with extreme caution or forgoing entirely.

Whoever performed the repair or modification should be responsible if it fails. However, if you approve the work, the client may blame you for future problems associated with that modification. So be sure to avoid the perception of approving repairs as much as possible. (That goes for original inspections, too.) 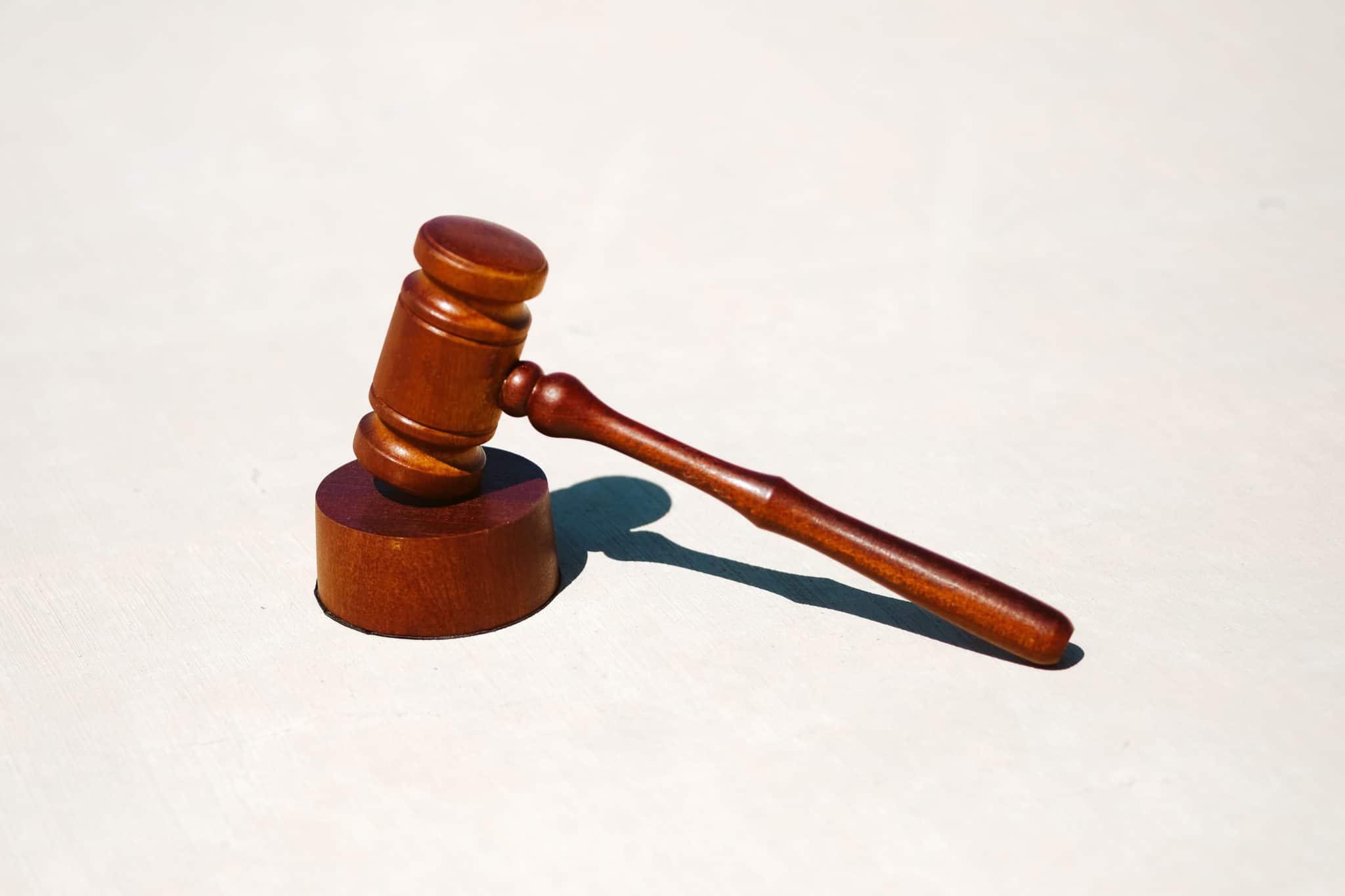 Additionally, you may want to consider what additional risks may be associated with re-inspections in your state. Recently, a court in Colorado ruled that one of our insured inspectors fell within the definition of a “construction professional,” making him subject to the Construction Defect Action Reform Act (CDARA). The CDARA can invalidate any limitation of liability provision in an inspector’s agreement if a claim arises because of a re-inspection of repairs—as it did in this inspector’s claim. While this inspector’s case doesn’t set binding precedent for home inspectors in the future, it’s worth noting the potential for a similar outcome.

Whether you’re performing a re-inspection or an original inspection, it’s important to protect your business from potential claims with errors and omissions (E&O) and general liability (GL) insurance. Apply today to receive a no-obligation quote.